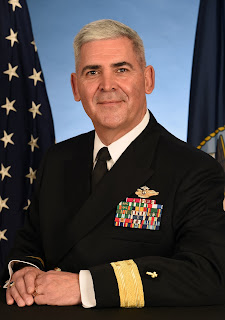 Chaplain Todd, a Seattle native, was commissioned in the U.S. Navy Reserve in 1986 and served in the Marine Corps Reserve while he pastored congregations in Illinois. In 1994 he superseded to active duty and served as base chaplain Naval Amphibious Base Coronado, and then reported to USS Chancellorsville (CG 62), deploying to the Caribbean and Eastern Pacific for counter-narcotics operations. In his first U.S. Coast Guard tour, he was assigned to U.S. Coast Guard Activities New York. While there he was the first Navy chaplain to respond at “Ground Zero” following the attacks on the World Trade Center and hosted the Coast Guard Chaplain Emergency Response Team to provide ministry to emergency workers and civilians.

Chaplain Todd next reported to the 2D Force Service Support Group (FSSG), Camp Lejeune, NC and deployed with Forward Battalion, 2D FSSG to Kuwait in support of Operation Iraqi Freedom. He served as chaplain with 22nd Marine Expeditionary Unit and deployed to Afghanistan as part of Operation Enduring Freedom, and established the religious program at Forward Operating Base Ripley in the Oruzgan Province.

He reported to his next assignment as Officer-in-Charge of the Marine Corps Chaplain and Religious Program Specialist Expeditionary Skills Training, Camp Johnson before being detailed as command chaplain on USS Kearsarge (LHD 3). Following his sea tour, Chaplain Todd assumed duty as command chaplain for the 2D Marine Logistics Group and then was detailed as force chaplain,
II Marine Expeditionary Force.